On the eve of another Thanksgiving that will be spent volunteering with an incredible organization in Los Angeles called Gobble Gobble Give, I can’t help but reflect on what can only be described as a momentous universal shift in luck, opportunity, and resources.

As history has proven during my last decade on the left coast, life is generally a series of lofty surprises and roller coaster dips and dives. The unpredictability is enough to summon madness, while the discovery of hidden coins in the corners of the carpet never ceases to inject carefully-calculated doses of hope and possibility into creatively-dehydrated veins.

The last couple of months have been so cosmically summoned, it would be impossible to believe some unbridled forces of focus and intention weren’t at play. The juxtaposition between gasping for air and getting strapped with an oxygen mask in a matter of weeks not only made me contemplate the untapped potential of my influential energy, but shone a spotlight on the frivolity of spending any time or effort fixating on flaws.

This is not to say I’ve slowed my growing obsession with economic and cultural inequality, or that I’ve abandoned the various doomsday scenarios that cycle through my mind like a broken horror film reel on an unattended projector. I’m simply recognizing the gifts being delivered, disguised as happenstance, and I’m accepting them with a smile.

I am healthy and fortunate and loved. There is no greater reward than that of authentic, reciprocated care and respect, and I count myself legitimately lucky for the small corner I’ve carved.

But, I almost cried building my donation care packages for tomorrow—realizing the scope of suffering that exists for so many— and the light that glows inside eyes that have no reason to shine will forever be a reminder of the relative nature of this journey. Those who have so little, saddled with an almost impossible climb out of despair, can still find faith to walk into the unknown, without hesitation.

We may be a broken society with warped priorities and blind, detrimental ambition. But, some of us are still holding tightly to tubes of glue, waiting for a chance to mend the fractured pieces.

I should begin by disclosing that I am a feminist. However, I am by no means someone who denigrates either sex. To be a modern feminist is to see a patriarchal world as a giant even playing field for any gender. But, it is behind this blurred lens of equality that I routinely witness some terrifying trends of global behavior.

History has rewarded men with inflated egos, wolfish greed, insatiable sex drives, abusive proclivities, and domineering DNA. Tyrants and despots set on slaughtering the less formidable to conquer and subjugate natives in the name of imperialism were hailed as victors and kings.

Compensating for a lack of personal prowess by unabashedly executing or manipulating those who were too weak or ill-equipped to defend themselves was practically a right of passage for autocrats like Mao Zedong.

We live in a world of war and perpetual power upheavals. The notion of simply living in harmony is so far removed from the collective consciousness that it feels like fiction. But, what is the catalyst at the core of the chaos?

Perhaps being raised by a single mother has strapped blinders to the sides of my sideburns, but I just don’t get it. Are sex and violence and domination and control such attractive entities that it’s comfortable walking through bloodshed with your ostentatious head held high? Is the suffering of innocent people in the name of greed and avarice so lucrative that it’s worth lacerating the fabric of your own culture?

If the answer is yes, the argument is sewn. There is no extinguishing the fire-eyed focus of a madman. Our only options are to sit quietly on the chessboard, played as pawns for some oppressor’s amusement. Or, we stand up to these crotch-grabbing, gun-toting, yacht-collecting psychopaths and take the power back. 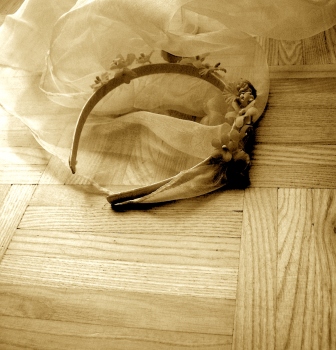 The concept of forever feels like an outdated fairytale. A couple of wild souls, madly in love, galloping off into the sunset is an image better reserved for blockbusters and Harlequin romance novels. People are more independent and self-sufficient than ever, and holding tightly to antiquated rituals seems like an empty exercise destined for failure.

We are a fickle bunch, adjusting habits and personal preferences with nonchalance, our eyes widening at the glimpse of each new tech toy or sparkly distraction. Even friends and family can fall as casualties of our dwindling attention spans and warped priorities.

Marriage is the antithesis of the natural progression of modern human nature. But, damn, sometimes it just feels so right.

Recently, I attended the wedding of two close friends who are so freakishly and fundamentally aligned, it’s almost unimaginable. They epitomize the notion of best friends as lovers and the complementary nature of their bond is what everyone secretly dreams about and openly envies. All those mushy, gushy, “meant to be” declarations are actually accurate.

They are the kind of couple that can simultaneously make you feel hope for their future and pessimism for your present. They set the bar at an uncomfortably unattainable height, and our necks are sore from the strain. But the momentary, fuel-injected feeling that accompanies a perfect, universal pairing is worth the pain.

I have never subscribed to the belief that anything lasts eternally. Honestly, I tend to lean quite heavily in the opposite direction. But, watching two individuals stand before their friends and family to honor the essence of a ceremony, uncovering the beating heart beneath the pomp and circumstance, was a privilege I am grateful to have had.