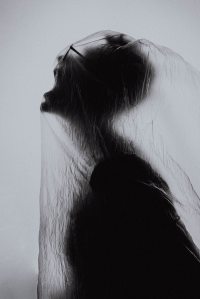 “Sometimes a scream is better than a thesis.” ―Ralph Waldo Emerson

Thrust into a modified global reality where the skyrocketing daily death rate has become a TV screen graphic as commonplace and mundane as lotto numbers, it’s hard not to pull that handheld mirror in for a closer look.

As a general rule, I have spent much of my adult life sprinting from pain, but standing steady for death.

With a bevy of nutritional supplements, a crippling need for exercise, and a diet that has become so limited it’s nearly impossible for any average human to follow, a meticulously constructed system has been designed to maximize health and eradicate weakness or deficiency.

I’m smart enough to realize it’s most likely the result of pure insanity, but convincing myself of its necessity reinforces its strict adherence…and the loop spins round and round.

For some wholly inexplicable reason, colds, viruses, sore muscles, mental fatigue, any decline of joint function/mobility, headaches, reduced energy levels, etc. are avoided like the plague. But the threat of death is embraced with almost zero care or concern.

There is definitely some mixed brain wiring to blame for a deleteriously inverted fight-or-flight response, but this black-and-white laissez-faire perspective with regard to mortality has probably been rattling around in this head for longer than I’d like to acknowledge.

To confess that a torn ACL ranks higher on a list of fears than a fatal plane crash is pretty vulnerable stuff. But this blog has repeatedly been a platform for naked testimony, and there’s no point in trying to pull up the covers now.

As always, there’s a focus here on sharing, not solutions. Catharsis takes many forms, and if an online diary is simply a means to wipe away some mud from the surface of the madness, so be it.

Introspection can be a nauseating teacup spin into the most baffling recesses of the psyche, but the fun is following the breadcrumbs back to the beginning…unless some hungry crows have already had their way with your exit strategy.