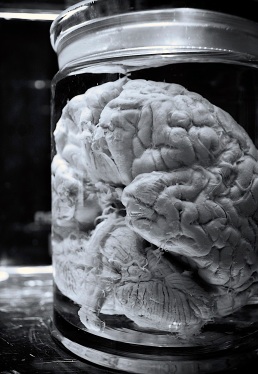 Because of a shoulder I recklessly and relentlessly abused for the last 30 years, I’ve been forced to add another doctor to my Santa’s-length scroll. I tried to be affable, give it plenty of ice, practically cut the mph out of the heart of my serve, and even took additional rest days between matches.

Yet, there it stood, defiantly sulking in the corner like a toddler told he couldn’t have dessert. It wasn’t interested in what I wanted or how much I required constant, intense exercise to keep me sane. The decision was made to remain a dysfunctional nest of tears and impingements that screamed at me whenever I pushed it beyond its threshold. It was obvious I was going to need reinforcements.

I found a physical therapist who specialized in athletes and was fresh off a stint working with the Chinese Olympic team. He took a holistic approach and followed the theory that the interconnectedness of our anatomy makes isolating a specific injury area nothing more than a fool’s errand.

Fascia, which is the connective tissue throughout our bodies, functions as a kind of supportive wrapping for nerves and blood vessels as they pass through and between muscles. If the fascia is disrupted by surgery or injury (or loses its stiffness), a variety of issues can develop.

Since this shoulder has been a nagging problem I’ve had for years, I was more than willing to hear his suggestions, however unorthodox they seemed.

So we got to work, trying to reestablish broken or compromised connections in unanticipated places. For example, even though the right shoulder is sore, the problem could be originating in the left knee or hip.

But early on, some very basic exercises started to paint a wholly unexpected picture. There were certain movements that were effortless to perform on one side of my body and absolutely impossible on the other. He remarked that he primarily used these activities to help retrain stroke victims. The more we dug, the more we discovered.

Because I stroll around this life with a brain that has been poked, prodded, sliced, beaten, and traumatized more than most, there are fundamental connections and channels that have been severed.

I play tennis like a maniac, I routinely go on marathon walks and hikes, I practice daily yoga, and I generally feel like a highly functional intellect. I assumed I emerged from the wildfire of my neurological nightmare more or less intact. But apparently, the smoke at my back was more of a smoke screen.

It looks like my habitual athletic movements established a type of overcompensation for some very fundamental disconnections. Because I’ve hit millions of forehands, the brain has learned to ignore the fact that there isn’t a normal relationship between my left leg and right arm, and the repetition of the activity allows that mask to remain.

I unearthed even more about a body and brain that I’ve been exhaustingly studying and researching for decades—but lying on a yoga mat with zero ability to move my arm and knee in the exact same way I’d done just a minute earlier was a frightening wake-up call that there’s still so much left to learn.

We possess some incredibly complex and mysterious cranial mainframes. Sometimes even the slightest disruption can rattle that cage in ways we may not ever realize.

So take care of that body, protect that brain, and nurture that mind. You won’t know what you’re missing until it’s gone.