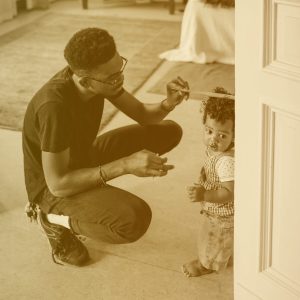 For years, I felt a mounting, suffocating disillusionment with the future direction of this country and the transparent apathy that seemed to only fuel a fire of hatred and inequality. Trapped in a plummeting elevator—destined to crash without an emergency brake—we stood stuck in some debilitating glue of inaction, waiting for someone to pull it.

Maybe it took thousands of deaths a day for us to realize that something had to change. Maybe the volatility of our quotidian safety or the cognizance that the greatest country on the planet was nothing but a fallacy built on tired, outdated notions of some unattainable dream was enough to snap us out of our opiate-induced haze and finally feel some pain. Maybe we simply grew tired of watching facts wobble and shake, forced to stand on cracked foundations in desperate need of some concrete. Or maybe being forced to wear the pawn’s high-collared uniform, made of aging wool, too brutally tested our tolerance for the itch.

As a self-described radical Socialist who thinks even Bernie is too far to the right, I had hoped we were ready to hit some detonators on this broken system and start fresh in every facet. But I’m willing to accept progress over regression, in any form I can get it.

We have a population tattered, torn, and divided. Those wounds (imaginary or real) are not healed overnight. Anger and pain will persistently propel action. Information will be relentlessly manipulated and propagated.

There are always winners. There are certainly always losers. But I will continue to adamantly support whatever ultimately benefits the greater good.

When eggs are sacrificed for omelets, there’s no use spending time lamenting the splintered shells.