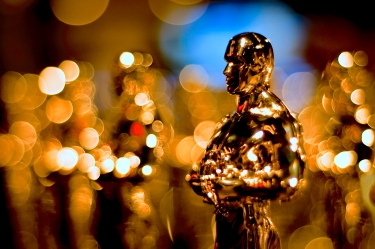 “I can understand perfectly how the report of my illness got about. I have even heard on good authority that I was dead…. The report of my death was an exaggeration.”  —Mark Twain

The lead-up to this year’s Oscars ceremony was plagued with absent hosts, plummeting ratings expectations, and a general sense that this seemingly unshakable institution was standing on wobbly legs. Most eyes were glued to the road, the onlookers poised for an inevitable crash.

In a time of rampant on-demand instant gratification, the notion of a live event that can both captivate the wider viewing audience and secure that coveted advertising demographic is starting to feel like a relic from a bygone era. Sports seems to be the only modern diversion still titillating enough to draw a crowd not willing to wait for the delay of the DVR.

So the Academy’s producers had their hands full. Grasping at straws by thrusting a pitchfork into the hay bale, there were recommendations to limit certain awards to commercial breaks, cut some of the musical performances, or reduce the number of montages that seem to exist solely to convince those sitting in the Dolby that they’re part of history’s most exceptional institution.

Most of these suggestions were almost instantly rolled back, and it looked as if that dreaded 4-hour running time was a very real possibility. But then something truly magical happened…all the puzzle pieces fell perfectly into place.

This was, by far, one of the smoothest and most engaging ceremonies in recent memory. Discounting the awkward, abrupt farewell by America’s favorite 90s sweetheart after the controversial Green Book win, the show never suffered from the lack of a host, the musical performances easily filled the spaces left by a lack of endless montages, and the show crossed the finish line in a trim and tidy 3.25 hours.

Maybe projections and suppositions are better left to elections and investments. When it comes to Hollywood’s biggest night, focusing on the achievements of those honored by reducing the static and filler surrounding the proceedings proved to be a savvy strategy.