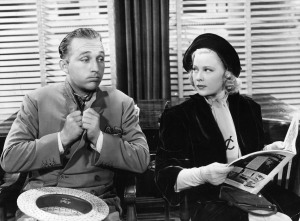 While reading on the beach in our customary 80-degree January weather, I couldn’t help but notice a striking disconnect among the various couples surrounding my meticulously-positioned lounge chair. At first, I assumed I was jumping to generalizations about boredom inside of stale relationships or the blatant escape tactic of focusing way too much energy on constructing the kid’s sandcastle instead of recognizing the glaring danger signs inside a faltering marriage. But, then I took a closer look.

As I stretched in the sun (with my Kindle steady in hand), I watched people sitting together, but alone. Even those without children, presumably in new relationships, had about as much enthusiasm for one another as dentists have for their halitosis patients. It was detachment at its most fundamental form. I tried to catch pieces of conversations to better paint a picture of the reasons behind the laconism, but the couples were just that. Silent. They acted as if never saying a word to each other was the most normal thing in the world. Apparently, this was their version of a union.

If these people were wrinkling in the sun, deep into their 80’s or 90’s, I would have given them a pass. But, these were not alliances built from history or struggle. These were not teammates who saw the best and worst of the world together, and were now relaxing into the last chapter of their lives with a comfortable understanding of one another’s every quirk and nuance. Some of these purveyors of the silent treatment were barely out of college. Has your partner already become that wildly boring that you feel the irresistible need to escape into your own mind to avoid interaction?

Well, good thing an iPhone is never more than 10 inches away. That’s the most efficient piece of modern distraction ever mass produced.

It’s a sad statement that we choose to align ourselves with people whose company or input we don’t value. Loneliness is a powerful thing, but it’s not that powerful. Life’s too short. Hang with people who can paint a smile on your face.

Or, at least bring a Kindle and learn something.

***This is not a paid endorsement for the Kindle or any particular e-reader. However, if Amazon is listening, I am more than willing to discuss blog sponsorship!

One thought on “They’re All Made Out of Ticky-Tacky, and They All Look Just the Same.”